The PowerShell 7 team have just released a new PowerShell 7 Preview build. This contains a new, and interesting, new operator, the ternary operator.

This operator is, in effect, a short cut to If/Else. Thus, instead of:

The Ternary operator allows you to simplify

A relevant question is whether you SHOULD use this operator. For simple things, such as the snippets above, it does enable a more compact script. at the expense of potential confusion by folks not versed in the new syntax. It may not pass the "Three AM test" (ie can you easily and simply work out a bug in this code when woken up at 3 in the morning?).

Additionally, in my testing, this operator is sometimes a little faster than the old fashioned approach, but there is not a lot in it: 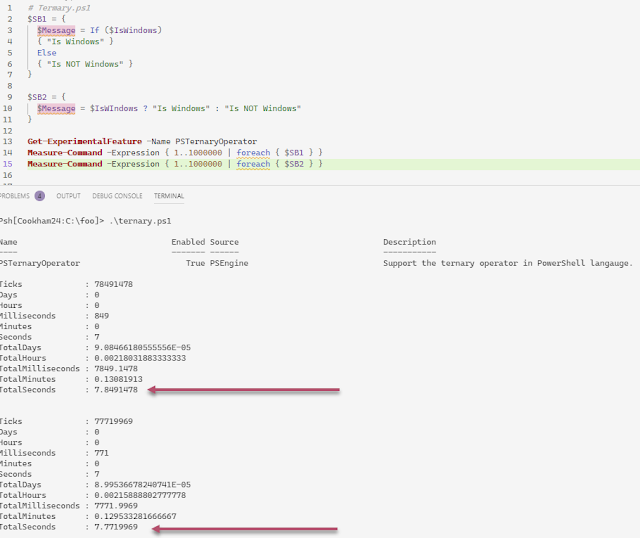 So a new operator, which you have to enable explicitly. It does offer some small performance gains in some cases. Coming soon to a Powershell 7 near you!