So there I was, totally relaxed after a lovely yoga class, and at home when Twitter, well actually Steve Lee via Twitter, informed the world that RC2 had shipped. My immediate reaction was, weall as expected, to download/install it NOW! 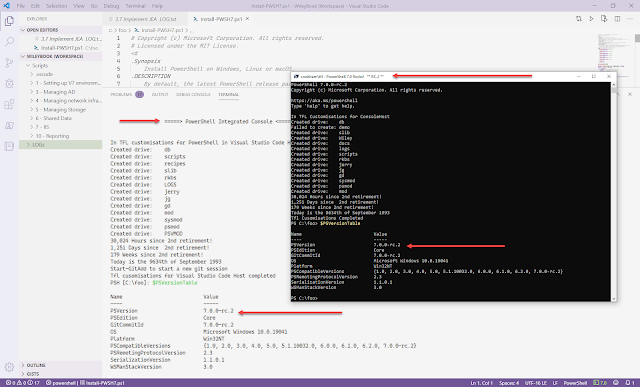 The Install-PowerShell command from GitHub installs PowerShell for Linux, Mac, and Windows.  You can also use it to download the RTM version as well as Preview version such as Release Candidate 2. I  saved it locally and run it more or less daily to get the latest daily build. 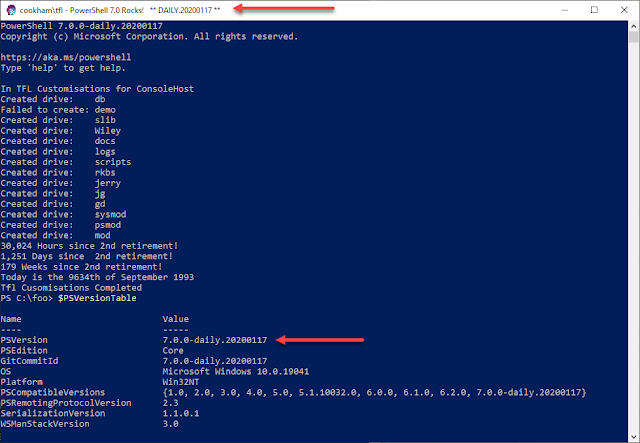 So what IS as Release Candidate?. In theory, an RC is a set of software that should be the final version except for some bugs. The idea of an RC is to test it and to find those bugs before the final release.; Again, in theory, an RC build should be feature complete - but sometimes 'fixes' do rather look like new features. But for the most part, RC2 is what PowerShell 7 is going to be, minus a few bugs.

And why does this RC matter? Well - for almost all IT pros (at least Windows IT Pros), Windows PowerShell has been a core tool for a decade. For many, if not most of you, PowerShell 7 is an upgraded replacement tool. It is now fully supported in Production and is really the future of PowerShell. EVERY IT Pro that presently uses Windows PowerShell should take a close look. Speaking personally, I now use  PowerShell 7 for just about everything.

If you are an IT Pro, and if you use Windows PowerShell now. With so many neat new features, you are likely to be pleased, even if you can, today, use PowerShell 7 for everything. 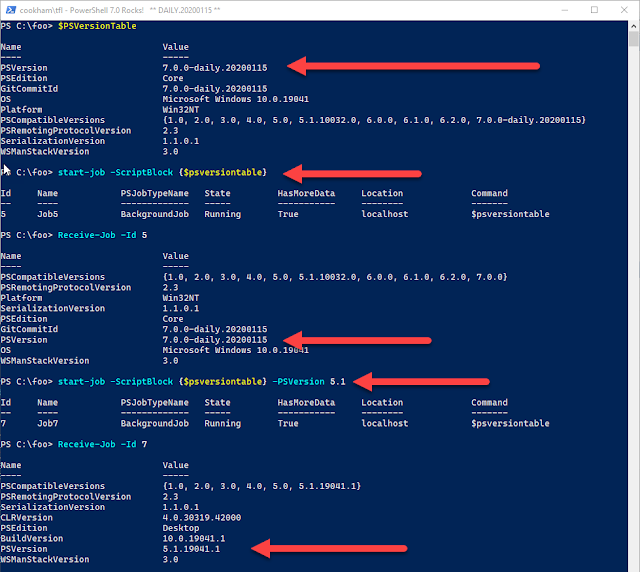 As I am sure you know, the Interweb contains a great deal of excellent PowerShell related content. The question is, how do you find it?

But what if you just want to learn more?  Planet PowerShell is a community web site that aggregates blog posts from around the internet. the URL for the home page is: https://www.planetpowershell.com/. And it looks like this:

From this landing page, you can click on the Preview Button to bring up the most recent postsm like this: