PowerShell 7.1 ships. And it's in the Store

Yesterday, the PowerShell team announced that they had shipped PowerShell 7,1. This is the next version of the open-source, cross-platform version of PowerShell. This release is not a Long Term Support release, meaning support is limited. PowerShell 7.0 and the future 7,2 are LTS releases. The release was announced on a blog post by Joey Aiello Program Manager, PowerShell.

PowerShell 7.1 is focused on resolving community issues. You can read the release notes here: https://docs.microsoft.com/en-gb/powershell/scripting/whats-new/what-s-new-in-powershell-71?view=powershell-7.1/. While this is not an LTS release, the team have made some great strides forward in terms of the overall platform.

From an engineering point of view, the release of PowerShell moves to .NET 5.0. This major update to the .NET Core framework brings a lot of benefits for developers, including some performance improvements which you can read about at https://devblogs.microsoft.com/dotnet/performance-improvements-in-net-5/. You may find that in complex scripts, this translates to shorter run times.

One thing which is noteworthy is that PowerShell is now in the Windows store: 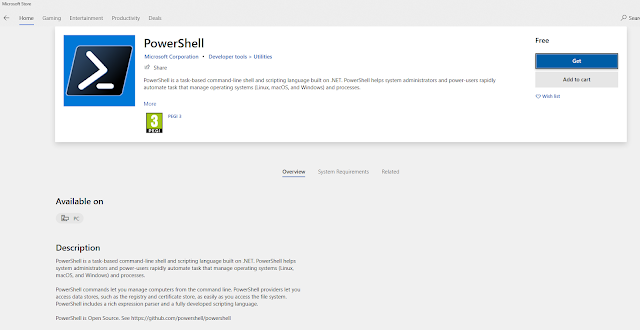 And for the adventurous, a preview of 7.2 is meant to drop soon.