In yesterday’s post, I described a cool Zip file Library from ICSharpCode and showed how you could use it within PowerShell. I noted it had a help file which would be of value when using this library. I spent some this morning playing with the Zip lib and wanted to see more details (i.e. from the help file).

However, when I started playing with the help file, I just got lots of blank pages and no content – like this:

Sysinternals to the rescue. I just used the Streams.exe utility to remove the added stream: 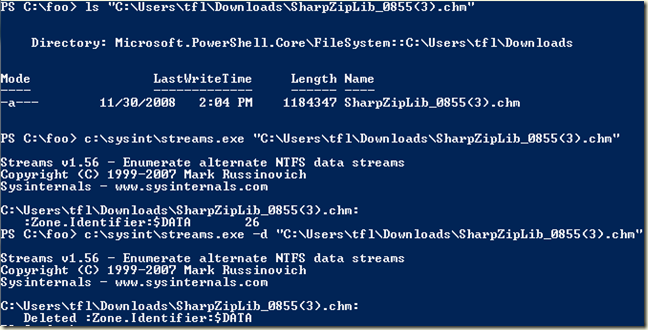 Once the additional data stream was removed, the help file worked great: 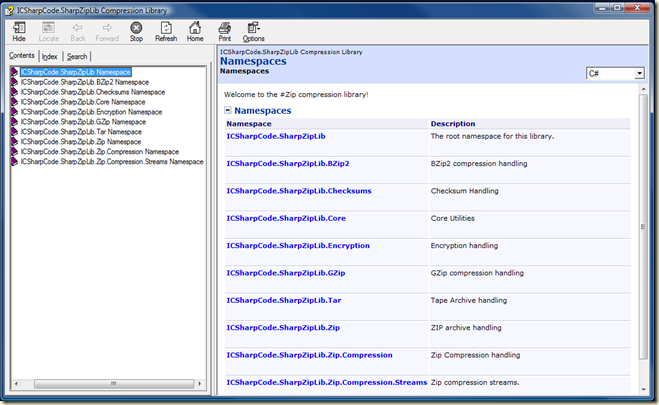 Very cool info! thanks for sharing it.

Regarding Binh Luong's comment - the simple answer is no. The reason is that the help file is installed when you install the SharpZipLib - there's no need for me to share it. You should alreaday have it. As I point out, you need to use streams.exe to remove the extra stream and then you can view the help file just fine.

There's a much easier way to fix this. You just need to right click on the help file in windows explorer and choose "Properties". On the "General" tab, there is a button near the bottom labled "Unblock". Click that and you're good to go.

Re Tom Clement's point - agreed that you can unblock from the GUI. Two points: first, I was not expecting the HELP file initial results and it took a few minutes to work out why I was not seeing the contents. Second, Both Streams, and Unblock-File work great from the command line - no need for a gui!